Joris Perdieus investigates the mobile identity of suggestive scenographic situations. He assembles elements that lose their dramatic charge as they are frozen in time, to create a balanced whole and release a new poetic potential. These exercises usually result in spatial installations that often seem to have been presented to their audience prematurely … populated by shadowy protagonists that we never get to see. The metropolis and its seething masses form the breeding ground for Perdieus’ stylised installations and sculptures that can be described as both tranquil and agitated. 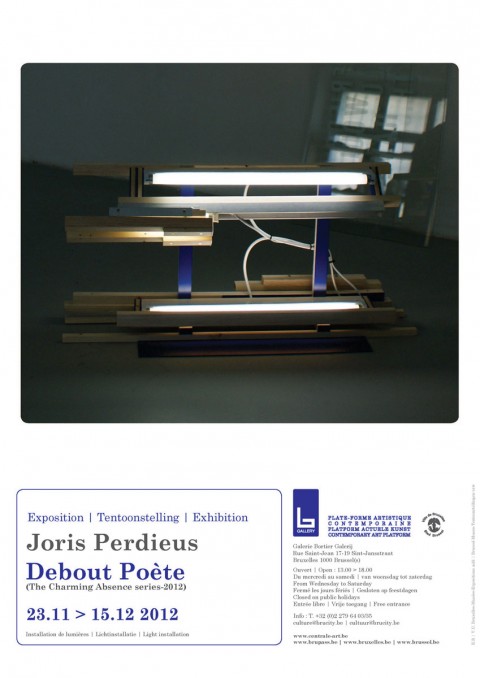