Within the scope of 2018, year of protest, the City of Brussels celebrates the fiftieth anniversary of 1968, a period marked by disruptions and multiple challenges but that remains emblematic for arts and society alike. On the occasion of the ambitious project entitled RESISTANCE, CENTRALE for contemporary arts fulfils its mission as public arts centre and focuses on the ways in which art used and pursued the many society and political challenges that rocked the past half-century.

Using a thematic approach, the exhibition studies how contestation and resistance fall within a body of artworks. Instigating a dialogue between historical works from 1968 and contemporary pieces by Belgian and international artists, the show reflects on the huge gateway that opened during that era and that remains connected to contemporary art.

From 1968 to 2018, some artists chose to resist the diktats of the art world and to point the flaws that jeopardize the very foundations of our media-hungry societies. Paradoxically, art drew all its strength from the many resistances and protests imprinted in these art works…

The exhibition sheds light on works stemming from a practice of relations broadened to the world, which use unconventional materials and media and that are all animated by a burning desire for action at the heart of the community. A practice founded on firm beliefs that converge with major collective issues such as personal freedom, feminism, globalisation, the environment.

At the core of the show, the role of artists unfurls as the key player of a revolutionary thought, somewhere between resistance and protest.

During the exhibition, CENTRALE will turn into an OPEN ACADEMY for teachers and students from different Brussels art schools and will thus offer a platform to artists, thinkers, students and the audience, a place for debates and encounters. Together they analyze and highlight the themes of student and worker uprisings that have unfolded in a pluriform protest by all authorities in May 68. They explore the causes of the movement to gauge the protest of today and tomorrow. The public will discover this open laboratory, consisting of the prospective work and the artistic work of the students. In addition, a cycle of lectures, performances and screenings is also organized. 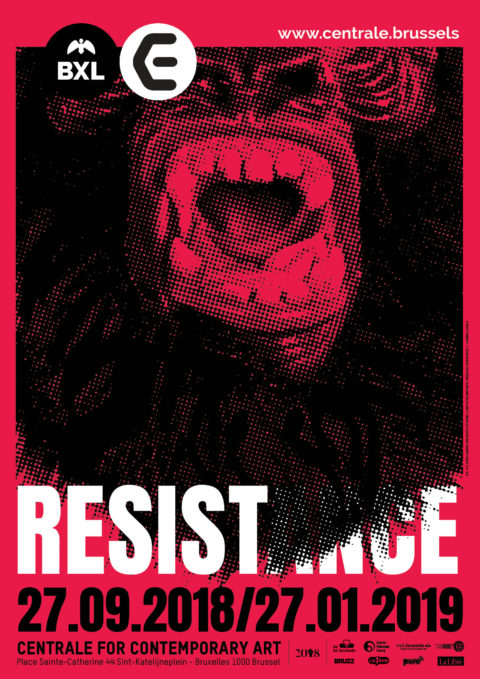 First Sunday of the month 11:30: Free guided tour (included in the ticket) : FR/NL